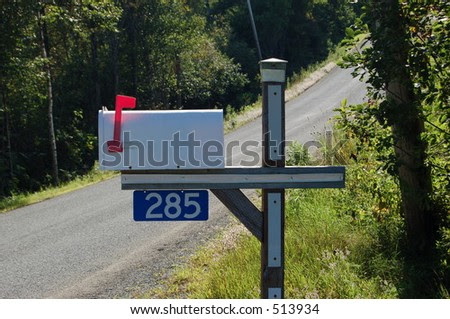 These are challenging students in  everywhere and I have two of them in my classes ( First one: 4th grade, Second one : 6th grade). I'm going to define them and my solutions to keep them concentrated for the lessons.

Morning group is from the local school and they were in the same class at school as well. They knew each other from their kindergarden class. Afternoon class is different because they did not know each other.

First day, I met them one by one. After meeting, all of the students frequently told me just one name "X" (I cant say the name of the students because of privacy). X was a chubby boy and he is physically bigger than his other friends, so he generally bullied his friends. For example, he beat them, tore their notebooks and cursed them and did not respect anyone.

Firstly, I tried to warn him and made him to establish emphaty with his friends.

As teachers, we called his parents;however, his father said  "okay, we re going to deal with this problem."

X was always talking about going to the mall, meeting his friends, buying a new phone and a scooter. I listened to his talks and recognized that his parents often told him that  if he got high scores, they would buy these aforementioned materials or allow him to go somewhere he liked. But, they did not apply any punishment  when he  misbehaved. Punishment does not mean "beating".  They could impose a ban for something he liked.  Moreoever, the students at his age do not have any mobile phones because some attendant mothers help them to go to the school and back to home. However, X had a mobile phone . He played musics or took his friends' pictures and  threatened them.  These are very wrong actions.

2. Warning the students and other mothers

After I tried two options, day by day I analyzed the students' behaviours towards him. While I was teaching, they were asking me some questions like " ı filled this page, can ı pass the other page? or can ı use a red pencil? etc..."  One day, ı asked them to write what is written on the board. X did not write and I saw him.  Before me, the students complained about X . Even when he looked at the other way except the board, his friends complained about him.  Also, I learned that  their teacher at school charged the stduents that they should tell her if X misbehaved in the course.  Excuse me but this is nonsense.  The other teacher should not barge in my business or students lives out of the school.  The students got used to complaining even about after-school activities.

I warned all of the students: "Do not complain me about anything or anyone, if you do, ı will give a punishment both of you" or I sometimes made them isolated from the class in the game time at the end of the lessons. I thought that they can learn to solve their problems. Moreoever, I picked some classroom rules on the wall and made them remember these rules when they tried to break the rules.

After each lesson, all mothers complained me about X. I was sick of it. I told them not to worry and I was going to deal with this problem.

X started to understand that I was not angry with him and he started to communicate with me. For example, some students made fun of his weights and he talked to me about this situation instead of beating his friends.

Then, I wanted to give him some responsibilities like erasing the board or helping me to carry some materials.

He helped me and I can see his changing behaviours with my eyes. He started to respect me and even with my one look , ı could warn him. I'm thinking the days one month ago: X was tearing his friends' notebooks and cursing them when I was in the class. Despite of my warnings, he continued and I shouted at him "X, BE Quiet!".  Guess what happened! He was quiet but he pretended to talk with his gestures. I was about to be mad :) Now, I can weep for joy when I see him like a changed child.
However, that is not enough.

X asked me the meaning of some curses like " shit". He heard it in the movies. I did not tell the exact meaning but I told him that it was a bad word. Not only X but also the other students were talking too much and cursing in the class with the begining of Spring. I taught them some practical sentences and questions like " can ı speak Turkish? Can ı go to the toilet? Can you repeat? I dont know. etc...." I told them " It is time to speak in English. We have a rule. If you speak in Turkish even a word, you have to pay money for each word. After the season, we can make a party with that money"  Because my course is in a private language school, it was not hard for them to pay money.

After this rule, the students listened to me and the lessons as concentrated. They were also happy because they believed that  they can speak English. They told their the other classmates in the scool that " we are speaking English in the course" :D


Seeing the results that I tried during the whole term and gaining the learner instead of ignoring him is an inexpressible feeling.

This class was one of the most mixed class because there were students who are from 2nd grade to 6th grade. I did not support that kind of system; however, the school wanted this.  I had so much trouble. That is; the student who is from 2nd grade cannot catch up with  the other students in terms of writing. However, he can understand better than the others. Let's get back to the issue at hand. I will call the student who was naughty as Z.

Z was very clever boy, but he did not want to learn English. He came to the course with the force of his parents. Even very teachers may have difficulty in getting this kid into the lesson as full concentrated. He had the similar misbehaviours. For example; he gave nicknames to his friends as fat (but in a bad way).  I warned him twice and this worked! :)

One day, I wanted them to open their notebooks and he threw his notebook from the window and told me that " I dont have a notebook, so ı dont have to write anything." I was shocked. I gave him a piece of paper and told him to write. If he didnot write, I would tell him  that I would not let him go after the class. He listened to me and did what I said.

I was sorry for him because there were two behaviours that I could not change. One of them was telling a lie. He had a very good imagination, but when ı asked him to draw their last holidays, he drew the Eifel Tower . Moreover, when I asked him what he was going to do in the next summer, he answered me as he is going to the USA because he has a summer villa there. Although he is a poor boy, he told lies about  going to the USA every time.

The other behaviour is when I want to touch or caress his head, he did not let me because of fear of being beaten. I learned that his teacher in the school beat them or ran the gautlet.  I'm very sorry that there are still these kinds of teachers who are fond of bullying.